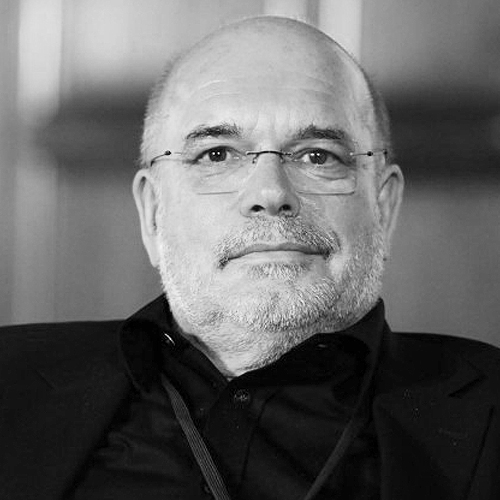 The IGF: the ‘talking shop’ we need for sustainable Internet governance in the age of cyber-interdependence

It was the 2005 Tunis Agenda which foresaw a mandate for the Internet Governance Forum (IGF). Governments recognized in the World Summit on the Information Society (WSIS) process that the Internet is a big international issue. But until then they were unable to agree how to “govern“ it. China wanted a new intergovernmental body. The US supported private sector leadership. The Working Group on Internet Governance (WGIG), established in 2003 by UN Secretary General Kofi Annan with the mandate to bridge the controversy, proposed a multistakeholder approach. All stakeholders should participate in their respective roles in Internet-related policy development and decision making. But no consensus could be reached.

In Tunis, the risk was high for a failure of the whole summit. Nobody wanted a collapse. Insofar it was not a surprise that governments were looking for a “low-hanging fruit“ to make the summit a “success“. The establishment of the IGF was this “fruit“.

The WGIG’s argument for the creation of such a discussion platform was simple: Internet issues are very complex and have technical, political, economic and social dimensions. Before decisions are made, there is a need for a broad discussion to understand this complexity and to recognize the perspectives and arguments of all involved and affected groups: national governments, the private sector (which manages 90 per cent of the Internet applications and services), the technical community (which develops Internet standards and protocols) and the civil society with its billions of Internet users.

Because governments could not agree on giving a new institution Internet-related decision making capacity, they designed the IGF for “discussion only“. The fear was that an IGF with a decision-making mandate would turn the platform into a new intergovernmental battlefield. It would block any neutral debates, based on fact and figures. The hope was that a discussion-only platform would open minds and mouths and stimulate a free dialogue among all stakeholders. The knowledge and the wisdom produced in the discussion at the IGF should enable decision-makers to find solutions for Internet-related problems. But decisions should not be made inside the IGF. They should be made by organizations with a mandate to negotiate and decide outside the IGF.

This approach was pragmatic. Indeed, in its 14 years the IGF has evolved into the big annual marketplace for information and ideas around Internet-related technical and political issues. Regardless of the hundreds of Internet conferences which take place every year, there is no other venue where stakeholders on a high level and equal footing from around the globe can have such intense cross-constituency and interdisciplinary conversations. The IGF is a source of inspiration for the way forward into the still unchartered territory of cyberspace.

However, this mechanism also has its weaknesses. There is no procedure in place which channels the messages from the IGF plenaries and workshops into practical processes. There is no landing place for the knowledge and the multistakeholder wisdom, which is collected by the IGF.

The answer is “Yes and No“. “No“, because there is still the need to understand the complexity of issues before decisions are made. And today´s Internet related issues – from AI to IOT and 5G – are much more complex than the issues discussed in the early 2000s. But “Yes“, because there is a need to close the gap between discussion and decision-making.

In 2000, regulating the Internet was not an issue for the majority of intergovernmental organizations. Today it is. The Internet is now on the agenda of more than two dozen global or regional intergovernmental bodies. Even the WHO and ILO are discussing the consequences of digitalization for the future of work or the improvement of healthcare systems. Cybersecurity is a big issue for negotiations in the 1st and 3rd Committee of the UN General Assembly. Digital trade is on the WTO agenda. The UN Human Rights Council has passed resolutions on privacy and freedom of expression in the digital age.

All those issues are discussed within the IGF. But many of the Internet-related intergovernmental negotiations are not linked to the IGF. Negotiators are sitting in their silos, ignoring what is discussed in the multistakeholder environment of the IGF and reinventing the wheel. This is not only a pity and a waste of resources; it is counterproductive if in a connected world the right hand doesn´t know what the left hand is doing.

As the UN High Level Panel has recently made clear, we live in a world of cyber-interdependence. Interdependence means the need for collaboration among state and non-state actors. And it means that cybersecurity, the digital economy, human rights and technological innovations are interlinked. Only a holistic approach will enable negotiators to find sustainable solutions for a secure, free, open and unfragmented Internet. There is no other place in the world for such a multistakeholder and multidisciplinary dialogue than the IGF.

That is the simple truth: We need a “talking shop“ as a discussion platform, but we need also mechanisms which transfer the IGF wisdom, knowledge and expertise into existing intergovernmental negotiations. The missing link between discussion and decision is a distribution mechanism which sends the messages from the IGF to the OEWG, UNGGE, GGE LAWS, WTO, WIPO, ITU, UNESCO, ILO, WHO, UNCTAD, OECD, G7, G20, BRICS, SCO, NATO, OSCE, ASEAN etc. and invites them to report back to enable and improve enhanced multistakeholder communication, coordination and collaboration on Internet governance.